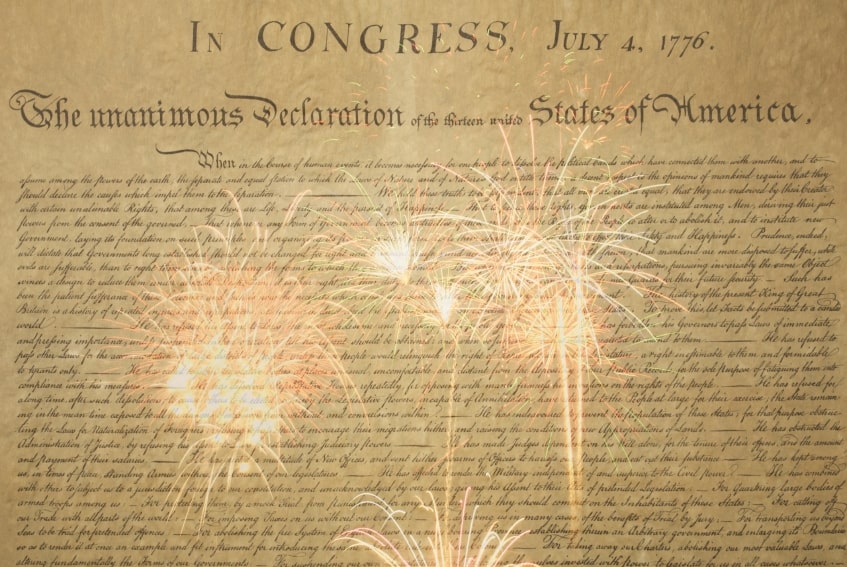 Today is Independence Day in the United States, the celebration of the day when the Declaration of Independence was signed in 1776. I hadn’t thought much about the word declaration and the power in it until a few weeks ago. I was sitting on my deck meditating, and I began sending Reiki, a type energy healing, and blessings to various people.

I normally do this on a daily basis, but I spontaneously began making declarations instead of blessings and affirmations. The vibrations of these words felt powerful, so I continued saying them for everyone who came to mind. After this, I was buzzing with energy for the rest of the day.

I decided to look up the meaning of the word declare and see if it gave more clues as to why this word felt so powerful to me. Two of the definition from Webster that stood out were:

to say (something) in a strong and confident way

Declarations may, or may not, be as strong as I am statements, but they vibrate with a powerful energy and are another useful spiritual law of attraction tool, especially when said with confidence.

Here a few of the declarations I have been making:

I declare health and well-being over my body.

I declare the highest good for all involved in this situation.

I declare an influx of love on this planet.

I declare that all is well, now and always.

I love the resonance of these statements and decided to add declarations to my spiritual practice.

So whether you are from the US or not, go out and make a declaration today! What do you want to declare for your life?