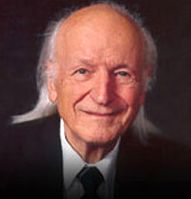 What is the Most Loving Action I Can Take in this Moment?

Do you know some who glows?  I think most of us do, even if it’s not personally. One of my favorite people that glows was James Dillet Freeman, the poet laureate of the Unity Church.  He passed away a few years ago, but here’s a picture of him.

I never met him but in every picture of him I see, he just seems to glow. It’s like he is filled with so much joy it comes beaming out of him.  Two of his poems were brought to the  moon. One of them, “I am there” was left on the moon and his “Prayer for Protection” which closes out most Unity services was taken to the moon by Buzz Aldrin. Those are some super cool accomplishments, but I think his greatest accomplishment was that he obviously found his joy. One of his poems is titled, Angels  Sing In Me, and from the love I find reflected in his face, I’m sure it’s true.

He’s not the only person who glows with love.  Some of the other’s past and present that I’ve seen glow are:

I’ve, also, know several people in my personal life that glow. We often say pregnant women glow, and I guess that is because life and love is growing inside them. So why do I care about people who glow? It’s one of my intentions in life. I want to glow. I know we all glow sometimes, but I’m talking about people who’s vibrational set point is at “glowing with love.” That’s my goal. I find people who glow are always beautiful no matter how they look, so it will save me a lot of money on wrinkle cream and Botox in the future. Plus, I’ve noticed that people who glow are the people who are making the world a better place. I decided to look at people who glow as their normal way of showing up in the world and see what common threads emerged.

These are three of the common elements I found:

1. Passionate about sharing their message or just life in general

3. Spiritual, but not necessarily religious

After reading about inventor of the Sedona Method, Lester Levinson, and how he was so down he wanted to kill himself and he wondered what could bring him happiness. He was loved by others, but he realized that he was happiest not when he was loved, but when he was loving. His focus on love shifted his whole world.

Since I’m a big fan of questions I decided to create a question to help me focus on being more loving. Here is what I came up with:

What is the most loving action I can take in this moment?

For the past couple weeks, I’ve kept this where I could see it and remember to ask myself often and I tried to do what popped into my mind after I asked it.

Play with my kids

See who I can help in my networking group

Have a cup of tea

It has become my ultimate user-friendly to-do list. I am choosing the most loving activity in the moment. After, focusing on this for a week or so, my husband, who did not know my intention, said “You are glowing today!”  Score one for me!

I hope you’ll give my question a try. It’s magic if you listen for the answer!

A big thank you to all of your who have bought Personal Alchemy! I appreciate it so much. I’ve been overwhelmed by the amazing responses! If  you have read it, I would love if you would stop by Amazon and leave me a review. It’s great to hear everyone’s opinions on my book.